* In case of any delay in receiving the OTP, you may verify it later. Please proceed without verification.

Enter your City name or Pincode

The town of Rajim lies in the District Gariaband of Chhattisgarh. Rajim is located at almost 45 kms from Raipur. From there one should take the NH 43 to Abhanpur and thereafter a left turn needs to be taken which will lead to a narrow road towards Rajim. Mahasamund(32 kms), Dhamtari(49 kms) and Gobranawapara(4 kms) are some other nearby cities to Rajim. 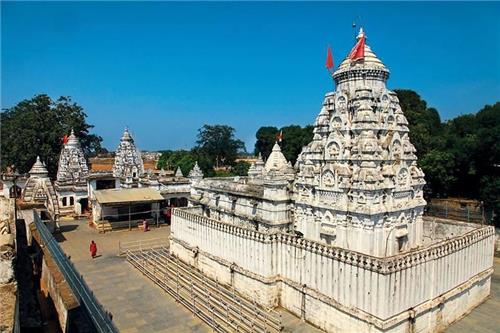 Geography and Climate of Rajim

The population of Rajim as per the census of 2011 was 14090, out of which there were 7079 females and 7011 males. The population of kids less than 6 years of age is about 13.5 percent of the total population of Rajim. The literacy rate of the town is 82.10 percent which is greater as compared to the State avg. i.e. 70.28 percent. The female and male literacy rates in Rajim are 74.23 percent and 90.09 percent respectively. Chattisgarhi and Hindi are the official languages that are spoken in Rajim.

Rajim abounds with a number of religious temples and rivers. The town is also famed as the Prayag of Chattisgarh State. The reason is that it brags of the “Triveni Sangam” which is a union of 3 rivers – Pairi, Mahanadi and Sondur. One can see the remains of the “Kuleshvara Mahadev Mandir” in Rajim.“Shri Rajiv Lochan” Temple is another renowned temple of Rajim which is devoted to Lord Vishnu. The temple comprises 12 towered columns that are embellished with stone carvings which display the faces of numerous Hindu deities. This shrine is flocked by a plethora of devotees from throughout the world to pay homage to Lord Vishnu. Besides, one can also check out the other temples located in the vicinity of the Rajiv Lochan Temple which are dedicated to the numerous personifications of Vishnu such as “Narasimha” and “Vamana”. There is also a Buddha statue which can be seen under a Bodhi tree in a meditative stance. This statue is made of black stone and is a must-see for the tourists visiting the Rajim town.

The “Rajim Lochan Mahotsav” is held every year in Rajim between 16th February and 1st March. During this festival people perform a variety of dance and music shows which represent the splendid culture of the town. The Rajim Kumbh is held at Rajim every year and thousands of Hindu devotees throng the town during this time. Rajim has always been the most sought-after pilgrimage centre for the Vaishnavites(supporters of Vaishnavism). Owing to this reason the town is also famous as the Shaiv Dharma centre. In the ancient times the town served as a camping stop on the pilgrimage path. At Rajim the Kalpvas ritual was also performed just like it is done at the city of Allahabad. A plethora of pilgrims congregate at Rajim to perform the “Fifth Kumbh” ceremony which resembles the conventional “Punni Mela” and is held at the renowned Rajiv Lochan Temple of Rajim every year. AtRajim Kumbh, people can witness a myriad of Mahatmas, Sadhus, Munis, Sants, Rishis and Margdarshak Gurus flock the town. People usually start arriving at Rajim one day beforehand to attend the special pooja which takes place at the midnight. Thousands of devotees take holy dip at the Triveni Sangam during the Kumbh.

Rajim presents its residents with a number of banks, post office, a police station, chemists etc. All these services can be accessed by the locals as well as the outsiders. By bestowing the people with all these indispensable services, the town of Rajim has proved its worth very well. Below are the contact details of all these services in details so that in case of emergency one can get hold of any of these services without any difficulty:

There are only a handful of good accommodation options at Rajim. Among them the Agarwal Lodge is the most prominent one. The contact details of the same have been given below:

The health of the people residing in Rajim is in safe hands because the town boasts of some outstanding hospitals and nursing homes. Although these health care units are less in number, they are well-appointed with all the necessary resources. A well-experienced and expert team of medical professionals are always there to look after the patients and give them the round-the-clock medical care and support. Following are some noteworthy health care units located in the town of Rajim:

The staple diet of Rajim is rice and the other foods that accompany this diet are cereals, pulses, fruits, vegetables and meat products. Rajim people are also fond of sweets and namkeens. Kurma, Jalebi, Cashew Barfi, Petha and Moong Dal Ka Halwa are among the famous sweet dishes that are savored by the people of Rajim. Another famous sweet dish made of Chana Daal is known as “Bafuari” which is very popular among the locals of Rajim. “Mahuwa” is a well-known fruit brew which is made of a white colored creamy fruit of the “Mahuwa” tree and is relished throughout the town of Rajim. Rajim is dotted with several eateries and sweet shops, the details of the same have been listed below: